By Judi Sheppard Missett, Founder and CEO of Jazzercise, Inc., a proud sponsor of the WPO Annual Conference 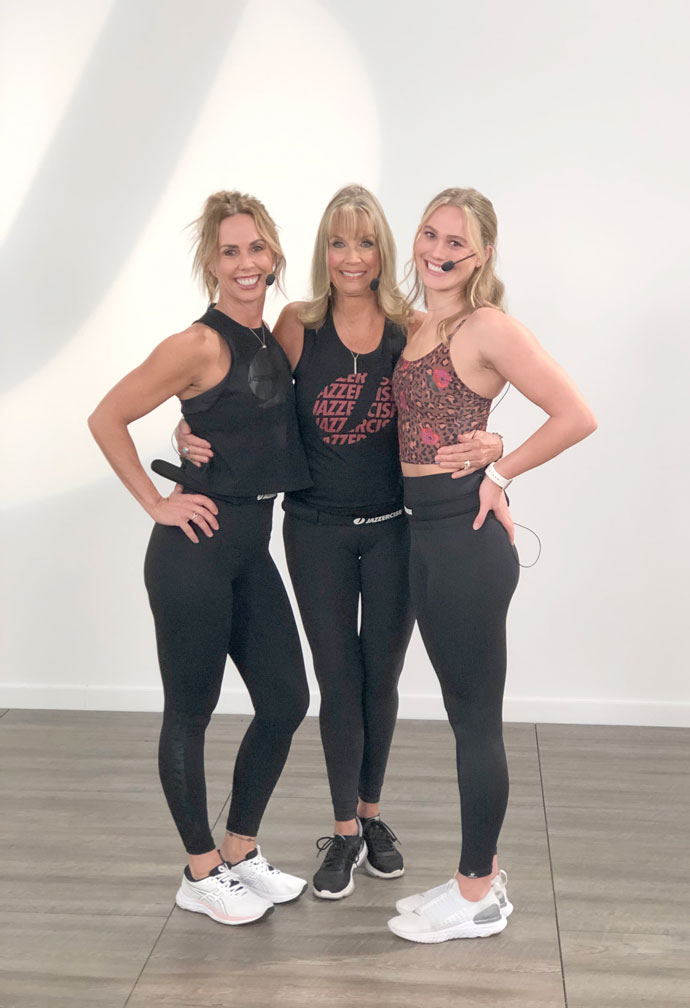 Historically, milestones were actual stones placed beside a road to help travelers mark the distance in miles between where they were traveling to and from. In today’s business environment, milestones perform a similar function, marking the progress of a project from start to finish. I’ve always been a big fan of milestones—anticipating them, celebrating them, and reflecting on what they mean to an individual, a partnership, an enterprise such as my own company Jazzercise, Inc., or an organization such as WPO.

In 1997, the year my friend Dr. Marsha Firestone founded the Women Presidents Organization, the percentage of Fortune 500 CEOs who were women was a measly 0.4%. The following year, Marsha served as Executive Director of The Women’s Economic Summit, helping to create and present to Congress a master plan for accelerating the growth of female-owned and -run businesses. The plan was designed to build upon the landmark The Women’s Business Ownership Act passed by Congress in 1988, which legally ended gender discrimination in financial lending, and also eliminated state laws that required women to have their husband or father co-sign for all loans or credit cards. Just as important, The Act gave women-owned businesses the chance to bid on and acquire lucrative government contracts.

On the fifteenth anniversary of the WPO, I can remember celebrating the report by American Express which documented the boon in female entrepreneurship. “From 1997 to 2013,” the report said, “the number of women-owned companies increased by 59 percent, while revenues from those companies grew by 63 percent.” Further, Forbes Magazine documented that, over the same 15-year period, the percentage of female CEOs in the Fortune 500 had grown to 4.8%.

As we gather in Montreal to celebrate WPO’s twenty-fifth anniversary, the statistical evidence for the past ten years is mostly good but could be better. Today, the percentage of female CEOs of Fortune 500 companies has grown to 8%, or just 40 women to 460 men. Definite room for improvement there. On the bright side, Fundera reports that the number of U.S. women-owned businesses has ballooned from 402,000 in 1972 to 12.3 million in 2022, or 40% of all U.S. businesses. Today, the 2,000+ entrepreneur members of WPO have never been more dynamic or diverse, leading 123,640 employees, and generating $21.6 billion in aggregate revenue. I am thankful that, 25 years ago, Marsha Firestone envisioned WPO as a “safe, energizing, professionally-facilitated environment among non-competitive entrepreneurial peers, where members are free to address concerns, share insights, and achieve game-changing breakthroughs.” Happy silver anniversary, WPO, and well done, my friend.

Individually, I’m happy to share and celebrate a major milestone of my own this year. While statistics and financials provide an excellent way to track the life and growth of a business, there are often more personal ways to gauge one’s success as well.

I’m reminded of the attitudes toward physical fitness that prevailed during the earliest days of Jazzercise: that it was “unladylike” to break a sweat, that light exercise was exclusively a way to “slim down,” that young girls should be discouraged from being too physically active “lest their uterus fall out.” Seriously!

For my mother and her four sisters, farm girls in Iowa, their main physical activity was attending dances to meet boys from neighboring towns, which is how my mother met my dad. Originally, my parents put me in dance class because I was extremely pigeon toed and the doctor said it might help. It helped me all right, to discover my lifelong passion for dance and for teaching. It also helped my students discover that regularly attending Jazzercise classes not only led to better physical health and strength, it improved their mood, energy, confidence, and sense of personal power for better mental and emotional health, too. I admit my strengths were teaching in the studio, but the practical guidance and support I received from my peers in WPO helped strengthen my business and management muscles as well. My daughter Shanna grew up Jazzercising and is now President of Jazzercise, Inc., world’s largest franchised aerobic dance company. And this year, in another personal milestone, my older granddaughter Skyla surprised us by becoming a certified Jazzercise instructor and teaching classes regularly while attending the University of Iowa. That’s a seismic shift in just a few generations, don’t you think? And a lot of miles and milestones, too, made better and sweeter by the real relationships and shared experiences built over my years with WPO. Here’s to this milestone anniversary, and many more!

Judi Sheppard Missett is the founder and CEO of Jazzercise, Inc., the world largest franchise dance fitness company. A renowned fitness expert and exercise pioneer, she has received numerous prestigious business awards, including the Presidential Commendation for Top Women Entrepreneurs, four Hall of Fame inductions, and the Sports Entrepreneur of the Year Award. For more hard-won insights and heart-felt advice on launching new products or services, check out Judi’s national best-selling book Building a Business with a Beat.